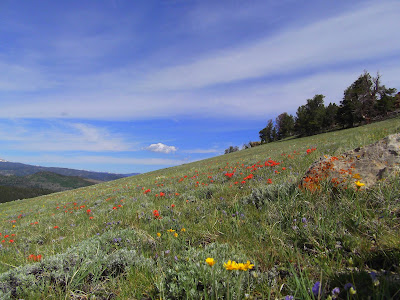 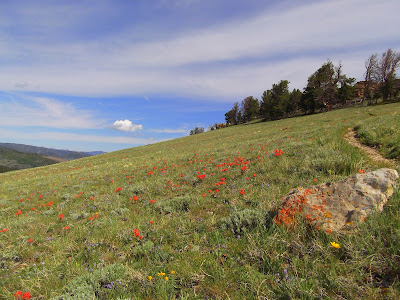 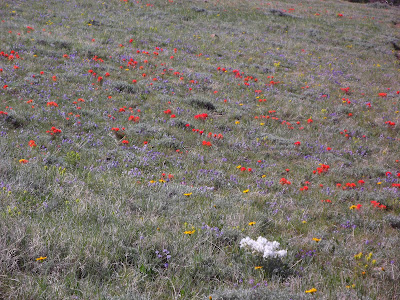 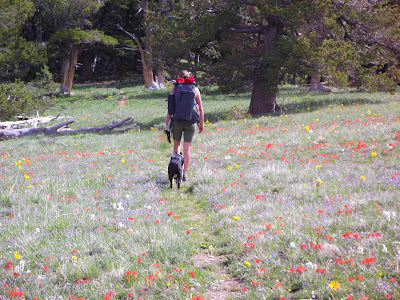 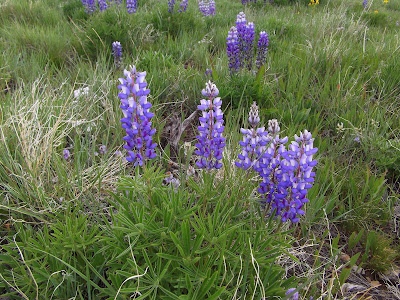 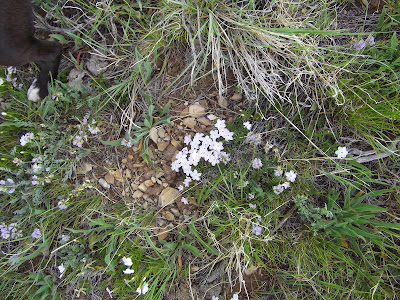 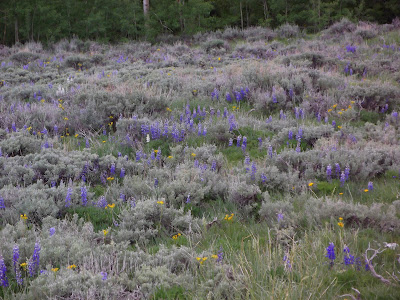 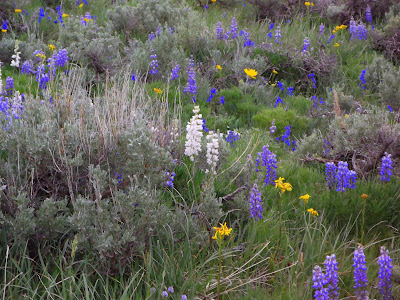 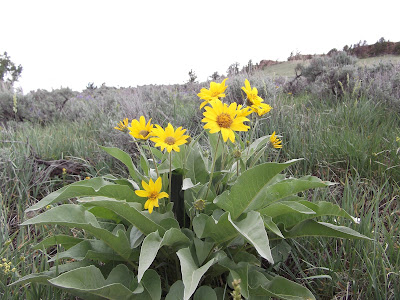 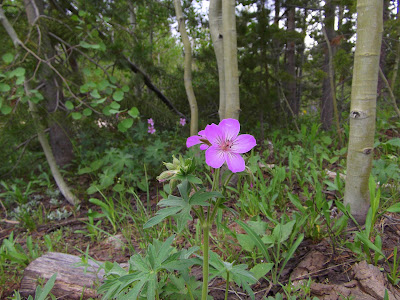 Email ThisBlogThis!Share to TwitterShare to FacebookShare to Pinterest
Labels: Climbing

What is the cure for three weeks of sitting on one's duff gorging on chocolate, bon bons, peppermint patties and other various junk foods while the scale begins to groan when boarded?

The first order of the Month of Maple involved wiring down a warm-up which also equaled the first project. Groundwork (11c), a popular route at the Minimum crag, was the selection. The initial burn got me up about three bolts of the nine bolt route before the pump and extra gravity had me resting on the rope. SAD! Two more attempts yielded improvement but still no redpoint. Back the next day Groundwork was finally defeated as the ‘warm-up project’ of the day.

We climbed at many other walls in the canyon, but my projects seemed to always come from the Minimum crag. The long slightly overhanging routes fit my style which led to redpoints for 49 (12a), Lunchables (11d) and Functional Idiot (12b) over the following weeks. Each of these routes melted away at least a peppermint patty and built the fitness eroded over the extended break.


These successes set me up to try harder projects and led me to Deliverance (12c) in the Pipedream cave. This route definitely did not favor my climbing style. The route contains easy-ish climbing to a pumpy/bouldery crux then on to easy climbing again. I put in many attempts but as the end of the month was approaching it became clear that I should make the tough decision to walk away from this route. It was easy for me to climb to the crux, fall off then finish the climb. The crux moves did not conform to my current level of flexibility and power. Moving on allowed me to onsight Excavation and Dry Spunk and redpoint Le Spunk in two attempts while opening up the canyon to a new project.

My choice for a final hard-for-me project was Spacelord (12c). When Peggy had worked this route, I attempted it and found the sequences nearly impossible—especially with her GIRL beta. The route broke down into three definite cruxes separated by decent rests and a punch to the anchors. Progress on this route was encouraging as each attempt either resulted in a new high-point or better sequences.

Coming into the final three days of our stay, I was optimistic to redpoint.

Two warm-ups, three burns on Spacelord (without success) and one cool down route—six routes for the day.

Two warm-ups, one burn on Spacelord, a hike to Pipedream for an attempt on Dry Times and an unknown 11d then back to fail once more on Spacelord—failing going into the last crux. No more gas in the tank so the day ended bitterly. The 30 minute drive home spent wondering if there would be enough desire to go again tomorrow—12 routes for the two days of climbing.

First mistake, it is never wise to think a third consecutive day of climbing will yield positive results. I went into the day with positive mental expectations of sending. Second mistake, started too early which put the cliff in the hot morning sun. So we changed gears allowing Peggy to put in an on-sight attempt on Popcorn at the Cragnmore Wall, a morning shade wall, while I waited for Spacelord to cool off. (Yeah, I know.  My wife onsights at my redpoint level.)  Even though it was her third day after many burns on La Confienza, Peggy dispatched Popcorn while placing the draws.

Now my turn. Four warm-ups—a couple of .10’s to get the blood flowing at the Zen Garden, then a couple burns on Groundworks to get in gear. It’s time to redpoint Spacelord. Feeling confident but tired I pulled through the first two cruxes without issue. The fatigue built as my right hand adjusted into the undercling. The left crimp was positive but my body is too far from the wall. A quick tightening of the core and move to the right hand cobble crimp, left hand up, left foot up, and the right foot starts to paddle for the press into the last move of the final of three distinct cruxes – not to say that it’s impossible to fail above this point but the trickiest stuff is over. Oops. My shoe grabs the rock right as the back, arms, hand and fingers fail. POP goes the Tony. This is particularly disheartening as this fall occurs after climbing about 75% of the 90 foot route. Time to rest for another attempt.

Remarkably confidence is still high for the send. With the encouragement of Peggy, Gordon and Mindy I strapped on the Testarossas for a final attempt. Contrary to each previous burn nervousness abandoned me allowing me to relax into each rest while visualizing the next sequence. Pulling to the last crux my body was drained and my forearms burned with lactic acid. Despite the fatigue and pump the final crux felt relatively easy leaving enough 'grrr' in reserve for the final push to the anchors. SUCCESS arrives as the 18th burn of a three day binge.

Sitting at the anchors I was physically and emotionally drained as it seems this success meant more than another simple redpoint. It’s a trip back to the high point of my climbing career in 2003 where I had ascents of hard for me routes like The Promise and The French are Here. It’s good to be back after a ‘season of injury’.

Hello Wyoming!
Posted by Tony at 12:34 PM No comments:

Email ThisBlogThis!Share to TwitterShare to FacebookShare to Pinterest
Labels: Climbing

The best summer activity around Park City, UT is mountain biking.  The trails are built for bikes so the switch-backs are wide, sweeping turns.  There are few if any unrideable sections.  The trails are will maintained and signed for easy of following your path.  If preferred you can just start riding and get lost in the trails and scenery.

From my short trip, here are a couple of excellent options:


We planned to get more riding in, but Mother Nature decided against that plan.


OK....So the sun came out and I exchanged my diaper some spandex man-pants then went for a super ride.


When you come to town be sure to pick up the Park City Trail Map available by donation to the Mountain Trails Foundation.  The Synderville Basin Special Recreation District has a list of trails here and a Google Docs of current trail conditions here.